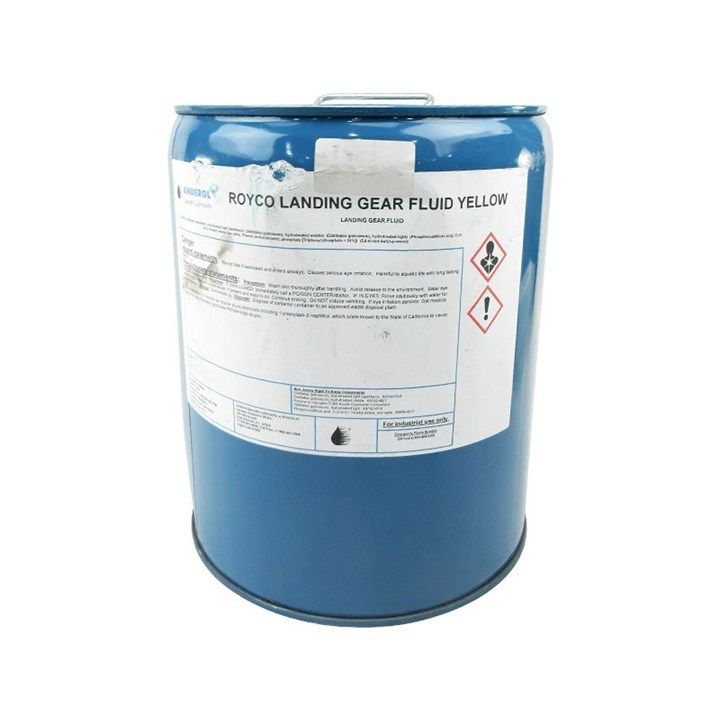 Royco LGF is a mineral oil based hydraulic fluid designed specifically for use in aircraft landing gear systems shock struts and other fluid dampening systems. Modern additive technology for greatly improved lubricity and extreme pressure antiwear performance is used to provide the performance levels required by today’s wide body aircraft. Royco LGF was specifically developed to improve “slip stiction” and to alleviate “ladder cracking” in landing gear struts due to sudden and severe shock loads encountered in these aircraft during landing.