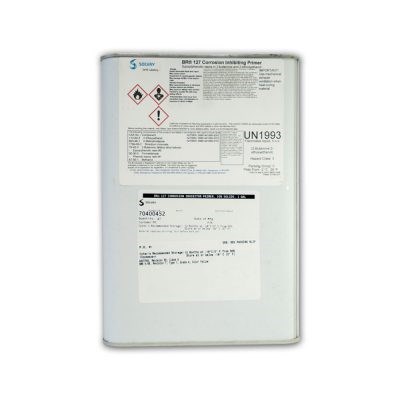 BR® 127 corrosion inhibiting primer is a modified epoxy primer. It is the industry standard for highperformance corrosion inhibiting primers and has been used in virtually every commercial aircraft built since its introduction. BR® 127 primer can be used with essentially all 250°F (121°C) film adhesives and has been designed to provide optimal structural performance at temperatures ranging from -67°F to 300°F (-55°C to 149°C). BR® 127 primer is formulated to provide maximum environmental resistance and durability within the bond line, as well as prevent corrosive undercutting. It can also be used effectively as a protective coating outside bonded areas.