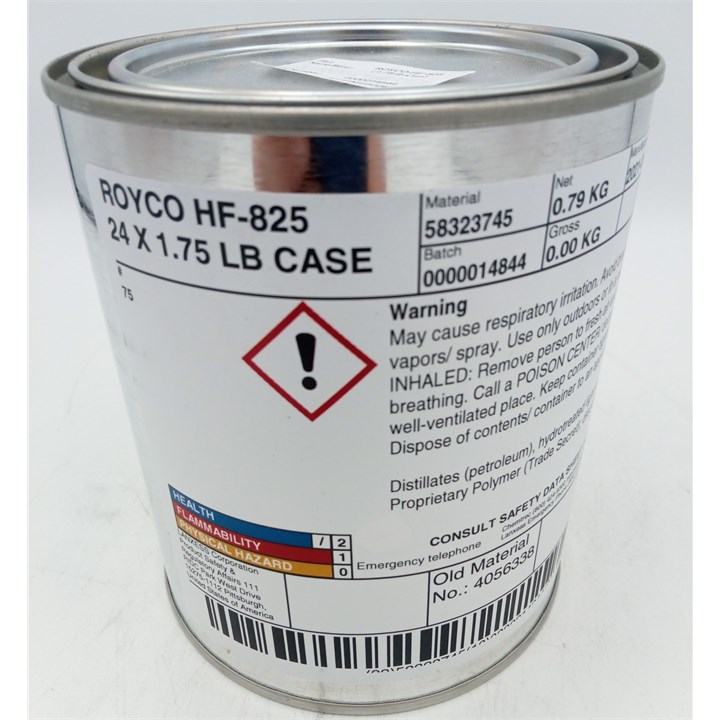 ROYCO HF-825 is a concentrated solution of methacrylate polymer in synthetic diester based oil, which provides lubricity, and at the same time, a "tacky" film. HF-825 is ashless as well so it will not cause deposits or coke formation in the oil – wetted sections of engines or hydraulic systems. ROYCO HF-825 is used as an assembly aid to "stick - hold" parts together in multi-component mechanisms such as gearboxes, pumps, and engine accessories. ROYCO HF-825 is also used to "wet out" or lubricate Orings prior to pressing them into cavities thus preventing chafing or tearing of the O-ring surface. Because HF- 825 is commonly used as a viscosity index improver in many lubricating oils, there is no cause for compatibility concerns when used in contact with the oil-wetted areas of the lube system.